Providing solutions to the agricultural market has been a part of Mettler Toledo and Ohaus product offerings for many years. At Phillips Scales we try to offer designs that can be easily integrated into your bench, floor or forklift weighing equations.  In today’s world, having the ability to integrate (even wirelessly) your weigh findings with databases, shipping labels and accounting software is key to a successful and profitable business.

The cannabis industry is an evolving market in Alaska. As with many states, the legalization of the product, distribution and an eventual profitable business experience are significant learning experiences for anyone not familiar with a similar agriculture business that requires harvesting, packaging and distribution.

As the industry evolves and as you google many professional cultivators, the topic of “weighing” your product is typically left out of the conversation. 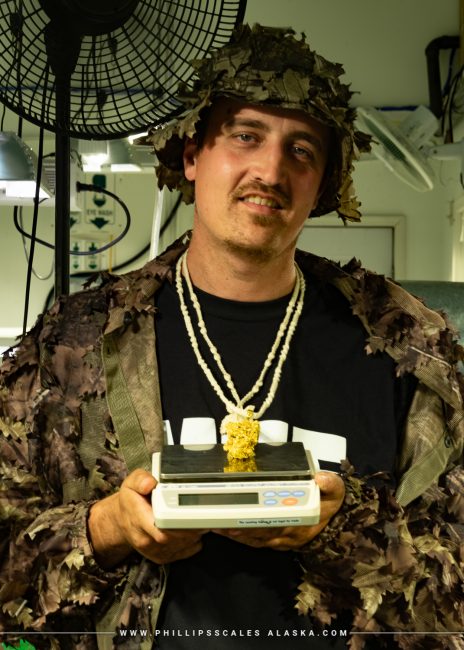 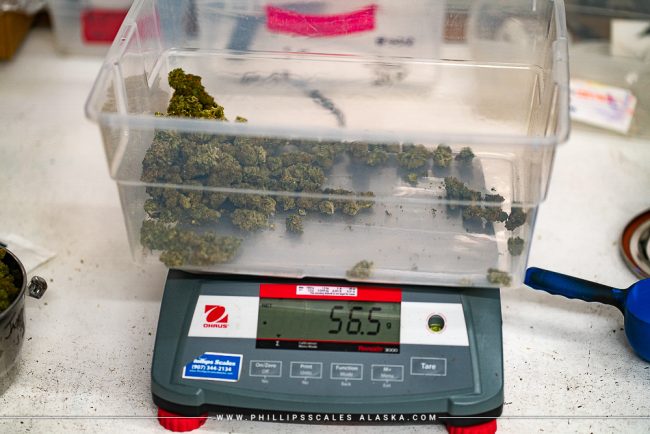 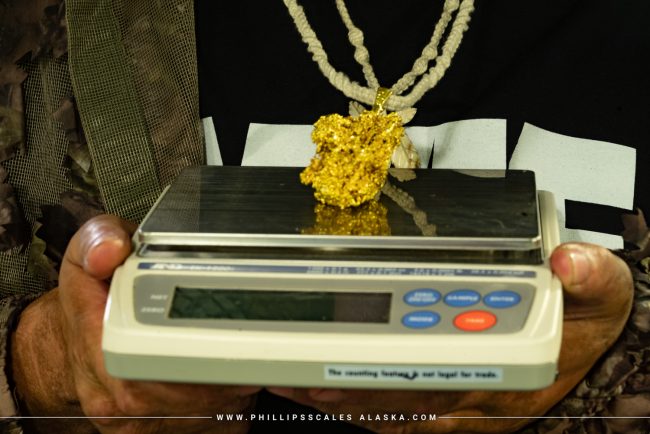 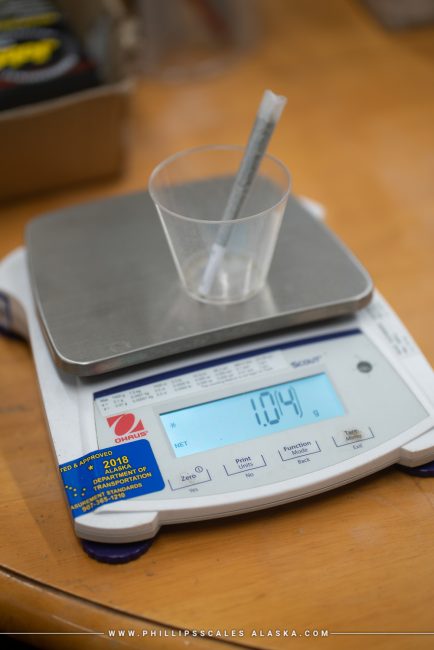 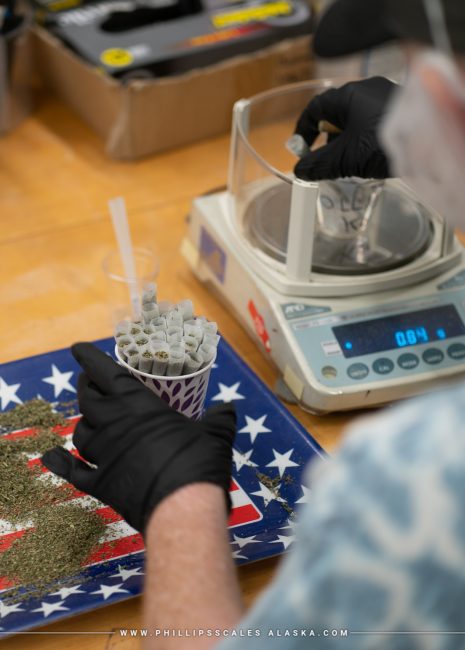 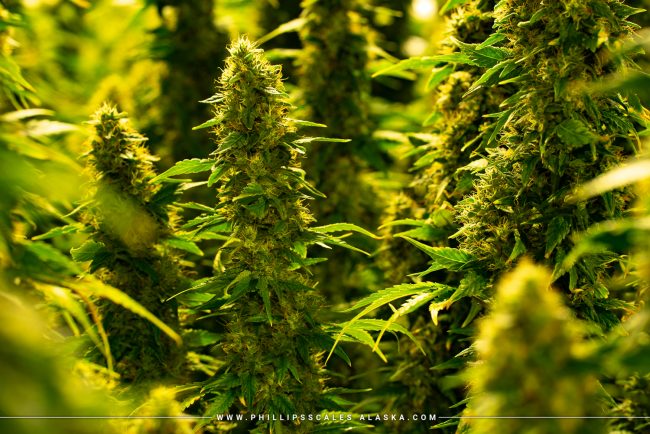 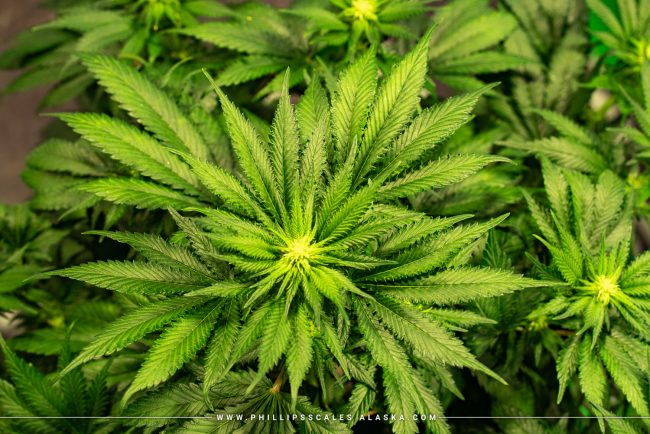 At Phillips Scales, we are made continuously aware how critical it is for companies to implement the correct scales and to keep them calibrated and certified.

First-timers to a business that requires constant measurement might scoff at the surprise line-item for costs of regular calibration.   It usually does not take long before a customer realizes that for any number of reasons their scales DO NEED to be calibrated with regularity as it DIRECTLY effects their bottom-line and profitability.

We offer the following scales that have been approved by the State of Alaska and we are based in Anchorage with in-house inventory.  We understand as Alaskans that there is a perception that it is less expensive to just order a scale online from the lower-48 but as our current customers realize, you need someone local to establish a business relationship with.  We pride ourselves on striving to be competitively priced AND provide local Alaskan service. 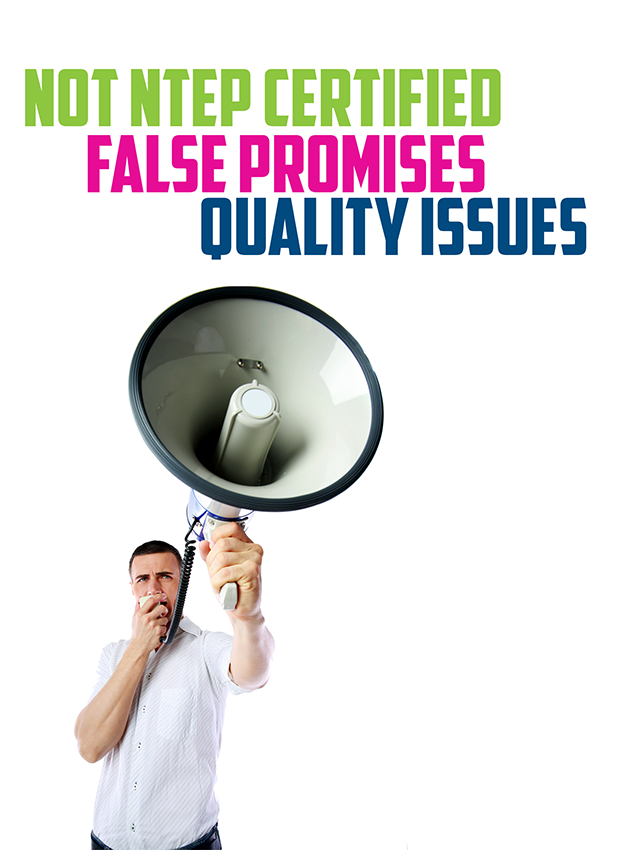 NCWM reports that business owners shopping for commercial scales on the internet are increasingly at risk of being duped by false claims of NTEP certification for scales and scale components, a requirement for most states. Accusations by scale dealers of counterfeit imports are also on the rise.

Internet shoppers should be leery of low-priced scales advertised on sites such as eBay or Amazon as legal for trade, or NTEP Certified according to the National Conference on Weights and Measures (NCWM). NCWM has seen a drastic increase in false or deceptive advertising of scales and scale components as legal for trade or NTEP Certified. Lately, accusations have even pointed toward counterfeit devices; cheap and inferior copies of the real thing. NTEP is the National Type Evaluation Program administered by NCWM. Most states require NTEP certification for scales used for buying and selling commodities. The certification demonstrates that the scale is designed to meet national standards of design, performance, and durability before it is introduced into the marketplace.

The complaints have definitely increased, especially with regard to internet advertising, said Don Onwiler, NCWM Executive Director. It used to be simple misplacement of the NTEP logo, but now Onwiler says the complaints are turning toward counterfeit devices that are being imported to the U.S. and sold on the internet. These are cheap imitations of the real thing, sort of like buying a fake Rolex for $20 on a street corner, said Onwiler. The fake versions would not stand up to design, accuracy and durability standards for commercial use. Underwriters Laboratories reports that counterfeit imports are a very real concern. UL established an anti-counterfeiting operations department over 20 years ago, but they are seeing an expansion from low priced, low tech consumer products. Robert Crane, US Customs Program Manager for UL said, over the past several years we are now seeing more and more examples of higher expense, greater complexity and a myriad of product types being counterfeited, such as products in the audio/video categories and even medical and dental devices.? Crane added that when it comes to electrical products, 97% of the counterfeit items are coming from China.

NTEP certification means additional expense for the scale manufacturer but the scale industry has been a strong proponent of this level of certification.  At Phillips Scales, we do NOT sell anything unless it is NTEP certified.